Jerry Holy, a Special Olympics veteran, will represent Virginia at the 2022 USA Games in Orlando, Florida this June.

It’s a lazy April Sunday for most people, but Jerry Holy is “gassed” as he sprints the final lap of the 100-yard breaststroke to nose out three Special Olympics competitors at George Mason University, his alma mater.

Now it’s Monday afternoon, and Holy greets a reporter for one of his regular 3.5-mile power walks through the pristine parks of his Woodbridge, Va., neighborhood.

Whether it’s swimming, walking or any of his other favorite activities – floor hockey, basketball and soccer also are high on the list – Holy is supremely competitive. That bodes well for Team Virginia in next month’s USA Games in Orlando, Fla., where he will swim in search of gold medals and the chance to qualify for the 2023 World Games in Berlin.

“My excitement level just keeps going up and up, unfortunately,” Holy says while pounding his way through the Occoquan Greenway, his trusty Fitbit and cell phone keeping close tabs on his steps and miles. “I’m like, ‘OK, Jerry, calm down.’”

Calm is not a word commonly associated with Holy, 34, who is seeking to lead all Special Olympics athletes, partners and coaches in a 4½-month steps competition leading up to the USA Games. He tries all means of adding to his astronomical number in order to help Virginia win bragging rights among the states.

“There was someone who was ahead of me, but I got past him this morning,” he says during the walk.

Tall and bearded with a backpack slung over his shoulder for water breaks, Holy works three days a week as a data management specialist for Special Olympics North America (SONA). He squeezes in walks before work and during breaks, but his major workouts are saved for Mondays, Fridays and weekends, when he also hits both the weight room and the swimming pool.

What are the USA Games?
June 5-12, 2022, the 2022 Special Olympics USA Games will unite more than 5,500 athletes and coaches from all 50 states and the Caribbean and 125,000 spectators during one of the country’s most cherished sporting events.

His love of sports dates back to the 1990s, when he first participated in a Special Olympics obstacle course at his elementary school. He’s tried just about every activity since then, including bocce and bowling, track and field, and flag football.

After graduating from George Mason University with a Bachelor’s degree, Holy hooked on as a summer intern with Special Olympics. “I was persistent,” he recalls. The internship turned into a job after he traveled to the 2010 USA Games in Lincoln, Nebraska. He’s worked there ever since, attending USA Games in New Jersey and Seattle, Wash.

His Asperger’s syndrome fuels his imagination and ingenuity, something Holy’s colleagues at work have noticed. He leads 15-minute “energizers” twice a day because, he notes, “Especially in this day and age, mental health is important.” He enjoys the social aspect of his team’s virtual happy hours, but when it comes to trivia contests, he’s all about trying to win.

“He definitely has an energy to want to be the best in everything he does,” says his boss, Andrea Cahn, Special Olympics’ vice president for Unified Champion Schools. Even so, she says, “He has learned how to manage his enormous drive to win all the time. He is a good sportsman. He represents the Special Olympics mission and oath beautifully.” 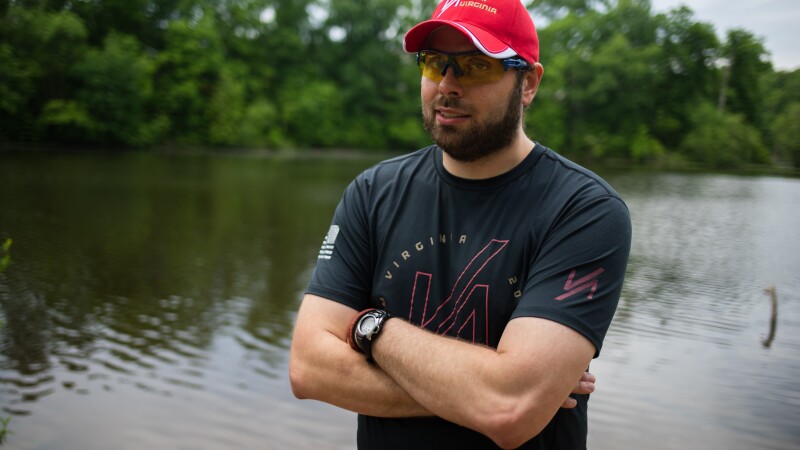 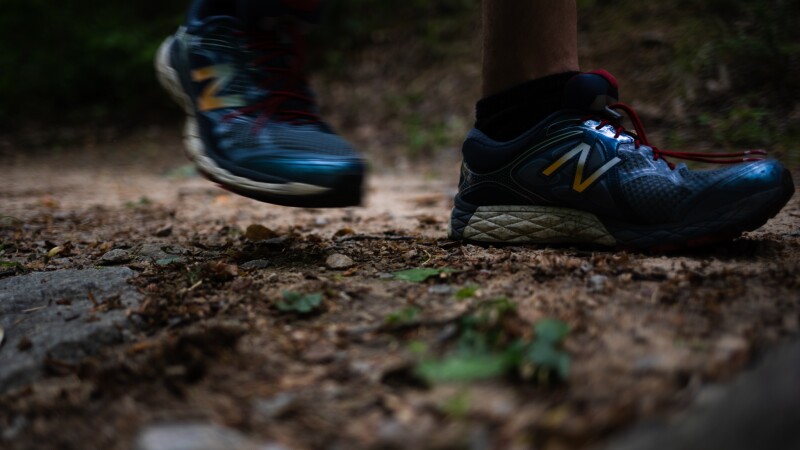 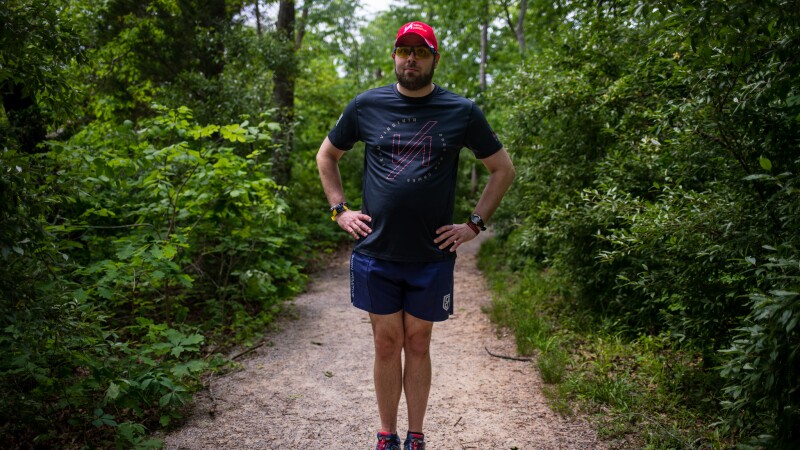 One way he does that is through the Special Olympics Northern Virginia Young Professional Board, a group of volunteers mostly in their 20s and 30s. He chairs the fundraising committee.

Holy’s mother, Rhoda, credits Special Olympics for giving him confidence in other areas of life, “to be able to do things that we didn’t think he could do.”

Now that confidence oozes out of Holy at work and at home, on hiking paths and in swimming pools. It doesn’t matter whether he’s walking alone with deer, foxes and raccoons along the Potomac River or “chatting our heads off” with athletes, staff and volunteers between breaststroke and freestyle events.

It’s evident in the 50-state display of Special Olympics pins framed on the wall of his family’s townhouse, as well as in the scores of medals he has kept rather than discarded. “I’m one of those people,” he says.

So competitive is Holy that when his weight crept up to about 250 pounds three years ago, he replaced sugary drinks with water and gave up most of his beloved sweets. He ended 2019 at 221 pounds and has kept most of the weight off during the two-year COVID pandemic, when he “chose not to be stagnant.”

These days, “stagnant” is another word no one would associate with Jerry Holy. “Animated,” perhaps. Or “driven.”

That drive has paid off with an invitation to the USA Games – not as a staff member this time but as an athlete.

“I hit the pinnacle I wanted to hit,” he says – but he won’t stop competing afterwards.

“World Games would be, obviously, a cherry on top.”