For Special Olympics Leader, It’s About More Than Sports

With more than 35 years of experience, David Thomason steps into his role as president.

Muhammad Ali, Nelson Mandela and Bono were just some of the celebrities who turned out for the Special Olympics World Games in Dublin, Ireland, in 2003. But for David Thomason, the star of the show was Paul Marretti.

It was Marretti, a Special Olympics athlete in his 20s at the time, who spoke to tens of thousands of spectators there about a program known primarily for bringing the world of sports to people with disabilities. For Thomason, the moment meant far more than that.

“Even now, it gives me chills,” he recalls nearly 20 years later as he begins his tenure as the new president of Special Olympics Virginia. “Having the right story-tellers makes all the difference.”

Anecdotes like that bring tears to his eyes, and Thomason has many such emotional stories involving Special Olympics athletes as global ambassadors. There’s the one about David Egan lobbying on Capitol Hill, and the one about Frank Stephens challenging conservative commentator Anne Coulter for her use of the “R” word.

Those recollections are not intended to be self-serving, but a common thread connecting all of them is David Thomason: Peace Corps volunteer, jazz pianist, nature lover and now successor to the legendary Rick Jeffrey as SOVA president.

Behind the scenes as those and other athletes advanced from playing field to performance stage, Thomason has coached and cajoled them into becoming better writers, speakers – and leaders. He has been the guiding force in growing SOVA’s Global Messengers program, which seeks to turn Special Olympics athletes into advocates.

“I think it’s the future of our movement,” says Tim Shriver, chairman of Special Olympics International. “David has been the role model of empowering a new generation of athlete leaders to lead our movement.” 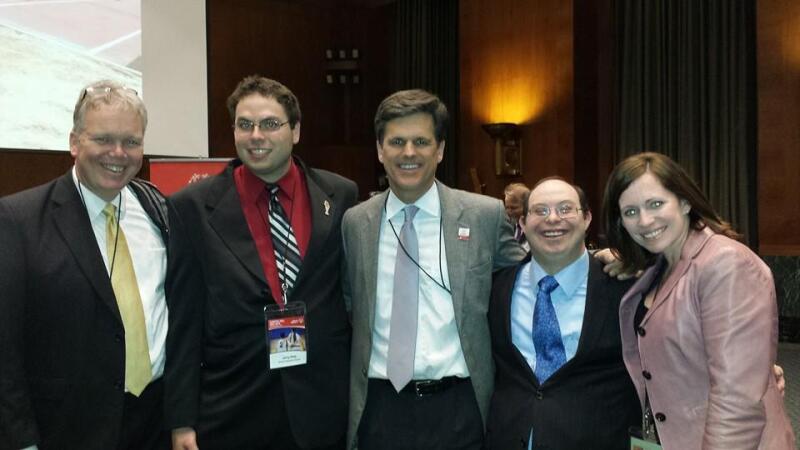 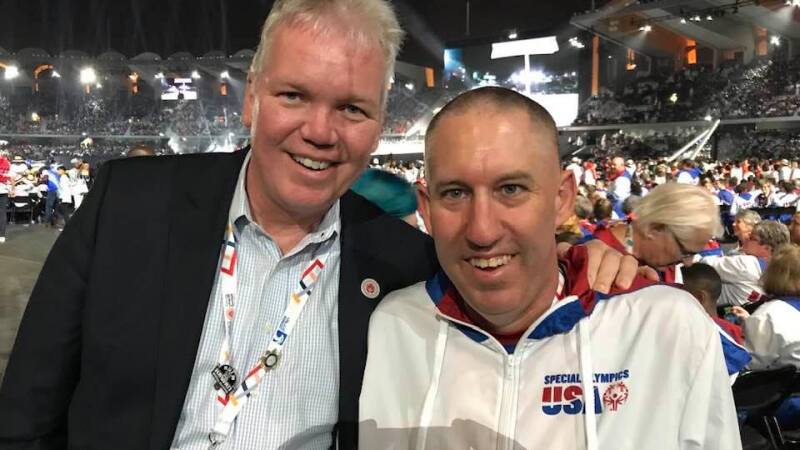 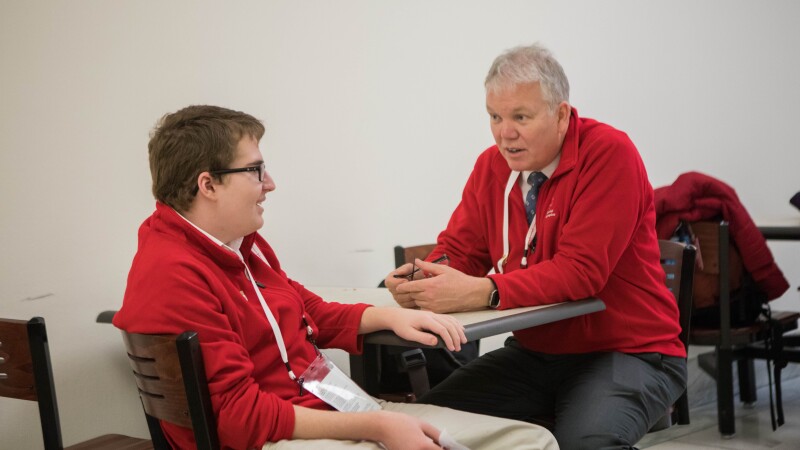 That empowerment begins with a belief in inclusion that works both ways. Communities need to incorporate people with disabilities on an equal basis, but it can’t be based on pity or tokenism. That’s why Special Olympics athletes are expected to follow the same guidelines that apply to school, collegiate and professional sports.

“You don’t just show up once in a while and not put in some sweat equity,” Thomason says. Going easy on the athletes or being lenient with the rules because of their disabilities, he says, is “so disrespectful.”

As he rose through the leadership ranks at SOVA over the past 35 years, Thomason became particularly involved with the Unified Champion Schools program, which promotes athletic and social inclusion from kindergarten through college.

“Our overarching goal in Special Olympics is acceptance of all differences, to change the lens through which we all see others,” he says. “I’m driven by ways to bring diverse groups to some common ground.”

Joy Cavagnaro, chairwoman of SOVA’s Board of Directors, says Thomason was chosen in part because he understands the population he serves.

You don’t just show up once in a while and not put in some sweat equity,” Thomason says. Going easy on the athletes or being lenient with the rules because of their disabilities, he says, is “so disrespectful.

“Special Olympics now is more than just sports,” she says. “We are the model for inclusion.”

“Sport is not the end product,” he says. “Sport is the tool to first building a community of athletes, and now much more to building a connection to the community at large.”

Thomason’s community of athletes has been led over the past two decades by the likes of Marretti, Stephens and Egan, affectionately known as the “three amigos.” Each attests to Thomason’s skills as teacher, mentor and friend.

David is a real believer. He believes in the athletes.

Egan has evolved from athlete to advocate, even writing a book with his mother, Kathleen, entitled “More Alike Than Different.” Thomason keeps a signed copy that reads, “To my friend and mentor David T.”

If not for Special Olympics and people like Thomason, Egan says, “I would not have adopted my own advocacy work.”

Thomason’s efforts with the Global Messengers program began two decades ago under the leadership at Special Olympics of Kathryn Clark and Dave Lenox, who both sing his praises.

“David is a real believer,” Clark says. “He believes in the athletes.”

Lenox credits him with “getting people to understand that there’s more to our athletes than meets the eye. There’s an inner wisdom that they seem to have that they frequently don’t share because they’re so used to being ignored.”

Thomason stumbled upon Special Olympics in 1987 while training in Richmond for an upcoming bicycle trip. Tears well in his eyes – something that occurs regularly in such discussions – as he recalls the sense of community he witnessed at Summer Games.

“Then I was hooked,” he recalls. He answered an ad for an opening as regional director, “and I just haven’t looked back.”

That serendipitous encounter has led to a globetrotting career, one that has taken him from Athens to Abu Dhabi, Shanghai, Nagano and Pyeongchang. The ever-changing schedules and agendas at state, national and international events led Thomason, now 61, to coin the motto, “Semper Gumby.”

He is determined to bring that same flexibility to his new task, going so far as to relinquish his extra-curricular duties as a church organist after 31 years in order to “give this job my full attention.”

It had his full attention one recent morning as he discussed SOVA’s ambitious goals for establishing fitness center partnerships throughout the state with Casey Henderson, director of fitness and events.

When it comes to sports, Thomason intends to emphasize those that engage the most athletes, as well as those that can be lifelong passions. In the latter category, think golf, bocce – even pickleball.

Taking over the leadership role at SOVA is a big leap, made even more so because of the man Thomason is replacing.

Jeffrey, who retired at the end of June, has a gregarious personality that dominates a room. His successor is more soft-spoken and restrained, but no less committed to the cause.

“Even though I’ve been here forever, and people know me, I’m not Rick,” he says. “It’s a big change point for the organization. I have to unapologetically lead. I need to move forward.”

Looking ahead, uppermost in Thomason’s mind is a desire to involve more athletes in leadership roles, so that they realize their full potential.

“The athlete voice is always going to be what you hear from me – athlete representation,” he says.

From his perch atop Special Olympics International, Shriver is confident in what he calls Thomason’s model of leadership.

“In the old language, you would have called it ‘servant leadership,’” he says. “It’s leading by empowering people to lead.”