This weekend, Wilson and Wallace Chua will head from their home in Loudoun County to Virginia Beach for the 2022 Fall Championships. Wallace, Wilson’s son, will be one of more than 1,000 athletes competing in 6 sports. For Wilson, it's yet another opportunity for his son that he doesn't take for granted.

At 3 years old, Wallace was diagnosed with autism. For Wilson and his wife, that diagnosis was met with denial.

That denial turned into action as Wallace entered into biological and behavioral intervention. During that time, Wilson admits to avoidance when talking about Wallace's disability to friends and co-workers.

"For the first two years, we shied away from our friends and coworkers hoping that Wallace would recover and no one would know about it." 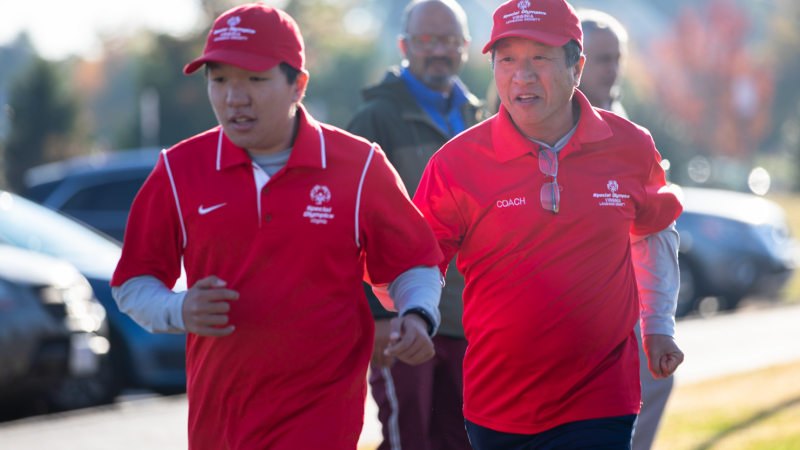 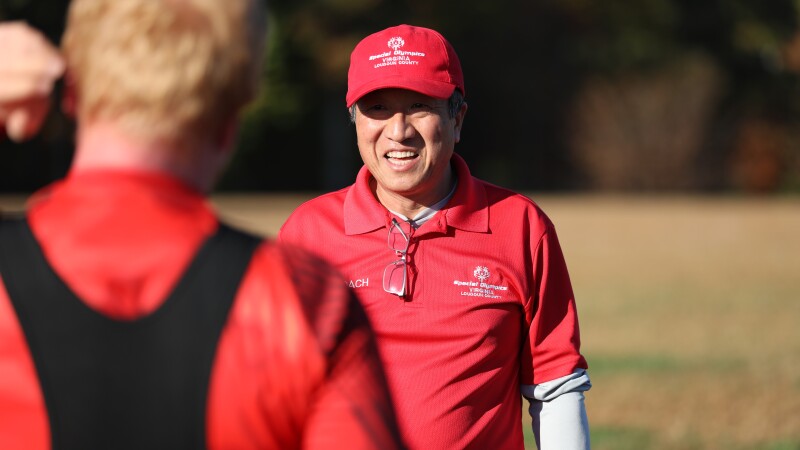 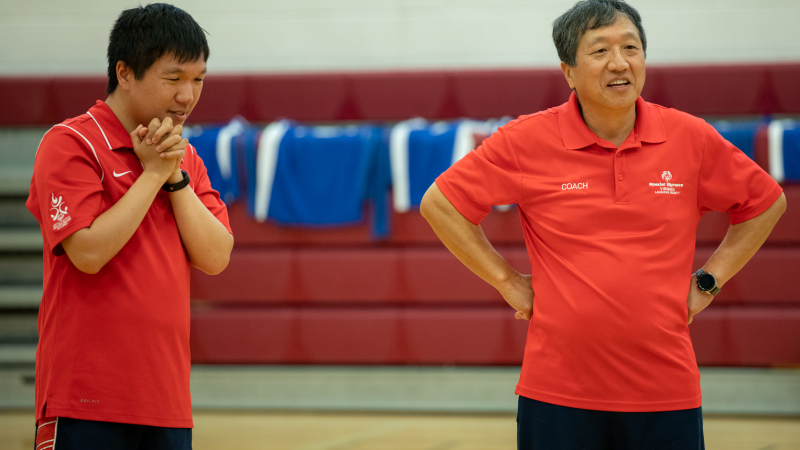 But in time, his mindset changed.

"I found out that autism is lifelong."

That's when Wilson got honest with himself, his friends, and the people he would meet. For him, autism became a point of pride, which turned into advocacy. Wilson ran five Marine Corps Marathons to raise awareness for autism research. It wasn't until he stumbled into a Special Olympics swimming practice at Claude Moore Park, though, that his work with Special Olympics got started.

"Seeing other Special Olympics athletes in his spectrum of autism made me feel as if Wallace would fit in. That was 15 years ago and time flies."

Wilson started as a parent, then a volunteer, then as an assistant coach. Now he oversees Area 14 as the Council Chair. His Saturdays start with a run alongside Wallace to cycling practice. When the hour-long cycling practice ends, it's time for an hour and a half volleyball practice across the parking lot. Then, it's home for lunch before finishing the day at swim practice.

Sound exhausting? Not to Wilson, who sees the day as an opportunity not only for Wallace to get exercise but to exercise himself. It's also a day to bond and spend time with his son. While that bond might not look or feel like your traditional father-son bond, it's undeniably strong.

I want me and Wallace to serve as a symbol for other parents out there; that Special Olympics is all about inclusion. We want to include as many people as possible.

But Wilson isn’t just there for Wallace, he’s there to support each individual athlete. He revels in this opportunity to serve an organization that has given him and his son so much. He takes immense pride in helping athletes reach their potential, which he describes as “unlimited.”

As Wilson continues to grow as a leader in the Special Olympics movement, his focus is on inclusion and serving minority communities. He’s hoping to combat negative stigmas and debunk stereotypes about the organization.

What is Inclusion
Inclusion is accepting all people as equals—regardless of ability, ethnicity, age, religion, or gender identity—and ensuring that they have access to the same services and opportunities as everyone else.

“In minority communities, when people first hear about Special Olympics, the first thing they ask is ‘how much does it cost me?’ They don’t know Special Olympics offers all its sports activities for free.”

Another stigma Wilson points to is the inclusion of non-verbal or lower ability athletes. Through Wallace, he has seen firsthand how there is a place for every type of disability and level within Special Olympics. As he puts it, it’s about having fun and getting exercise.

“I want me and Wallace to serve as a symbol for other parents out there; that Special Olympics is all about inclusion. We want to include as many people as possible.”