A Life of My Own

Richard doesn’t present his scars, instead he radiates warmth and stands confidently. When you speak with him, he listens intently and treats you with a grand level of respect. He’s come so far, achieved so much, and yet he’s incredibly humble and unselfish.

“We are treated so differently.”

Growing up in the foster care and group homes, Richard was never diagnosed or aware he had a disability. He struggled to fit in and struggled to connect with the people around him.

“I had a rough life growing up and I never felt like I was accepted for the type of person I really am.”

Richard’s challenges extended to school, where he was eventually evaluated for a learning disability and other developmental delays. After being diagnosed, Richard immediately shifted into Special Education classes. For him, this change was a relief; it felt like he was starting to get some answers. He knew he was different from the other students and he was tired of being treated so differently from them.

“People like me with a disability, we are treated so differently than regular people who don't have a disability. People don't understand us so they will treat us so harshly. But we’re human like you, we hurt the same, feel pain the same, we cry the same but we also want the same things a regular person has.”

For Richard, wanting the same things really just meant he wanted friends, family and a circle of his own. 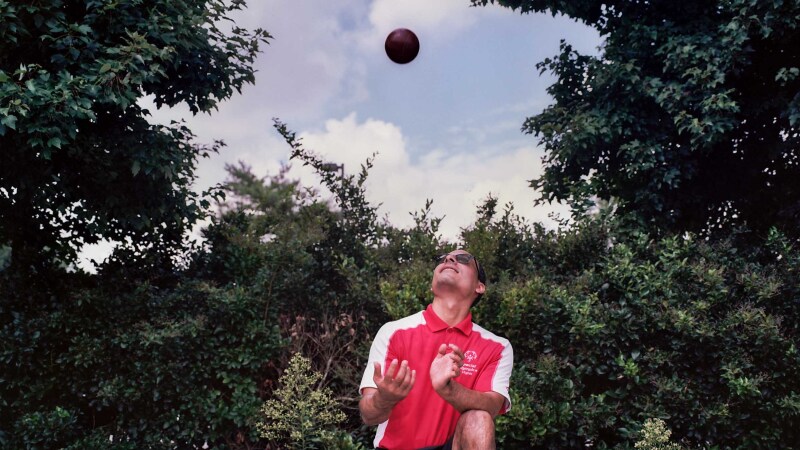 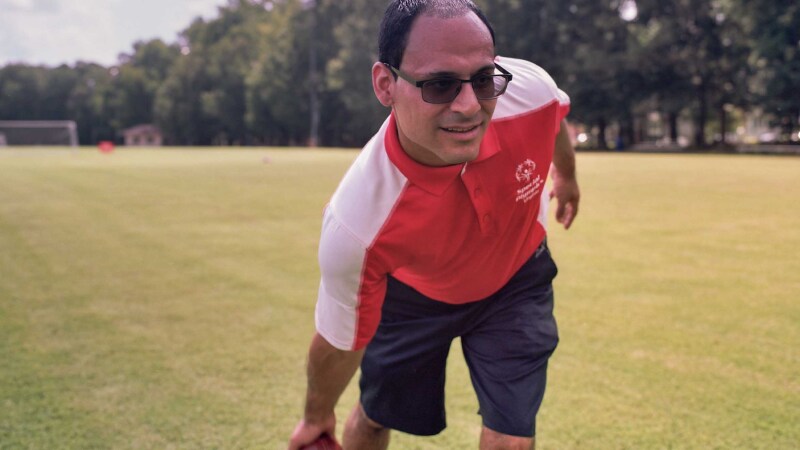 Richard's favorite sport is bocce. In 2018, he won a gold medal at the 2018 USA Games in Seattle, Washington.
Photo by SOVA 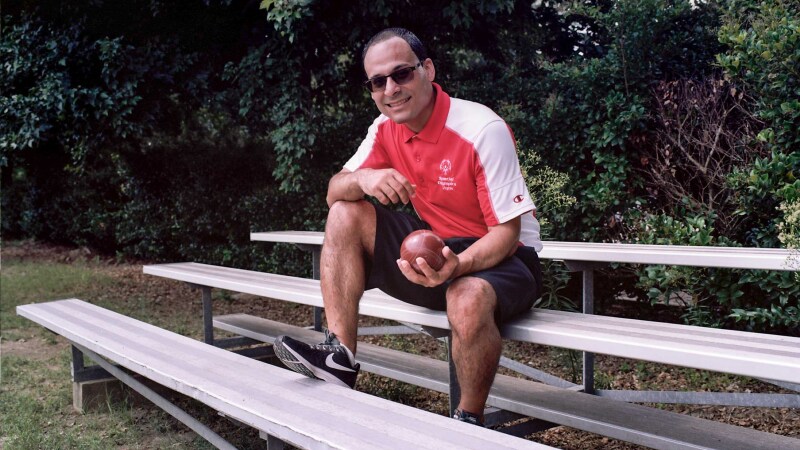 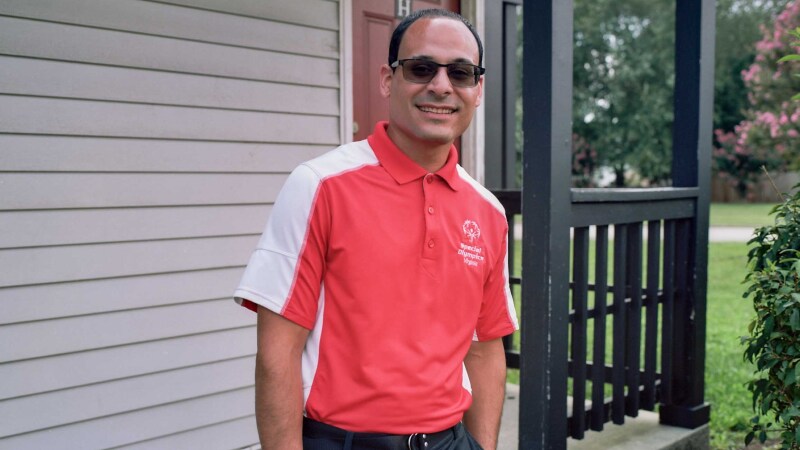 Richard standing in front of his two bedroom apartment in Colonial Heights.
Photo by SOVA 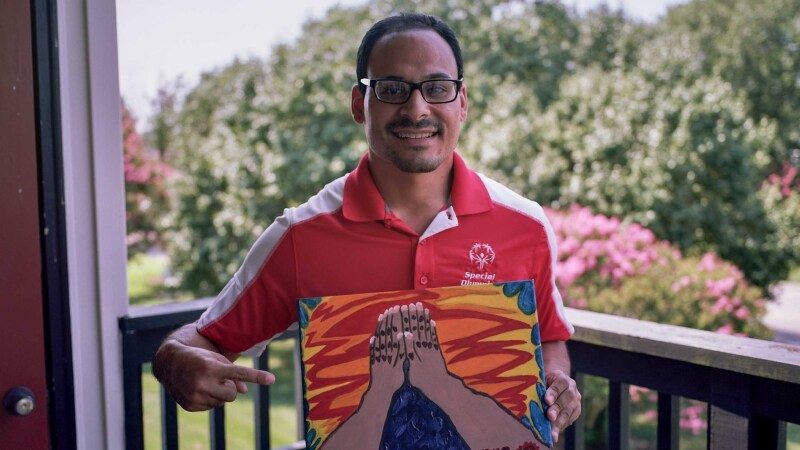 One of Richard's hobbies is painting.
Photo by SOVA

Shortly after high school, Richard showed up to a Special Olympics bowling practice in Colonial Heights. Leading the practice at the time was volunteer Tracy Lowery, although the title “volunteer” seems to hardly scratch the surface of the impact Tracy has on the Special Olympics community. While she’s won multiple awards for her outreach, she’s certainly not in it for the accolades.

“I believe in us [Special Olympics] because I know everybody has a story. And I know we can build anybody with a disability up.”

When Tracy first met Richard, she became increasingly interested in his story, and in him as a person. She drove Richard to church once a week, got him involved in the community and pushed him further and further into the world of Special Olympics.

The more Richard became involved, the more he grew. “I felt like I was a part of something, I felt welcome.” Richard admitted.

Soon, he was competing in track, soccer and swimming. His circle grew with every teammate and coach he met. He gained confidence and Tracy took notice.

A Bond Beyond Labels

Five years ago, Richard was one step away from living independently. Standing between him, an apartment and a life of his own was finding a Direct Support Professional; someone who could teach Richard how to live on his own. While this meant teaching him how to cook, how to do laundry, how to clean and how to manage life's everyday tasks, it also meant teaching Richard how to manage his emotions and be a member of the community.

Richard showed up to a meeting and sat down across from potential DSP, Keneth Stith. Before the meeting, Kenneth was asked if he would be Richard’s Direct Support Professional. At the time, Kenneth was noncommittal and noted he would have to meet Richard and understand him as a person before giving his answer. As for Richard, he’d been in that position before; seeking a mentor, looking for someone to give him support.

At the meeting, Kenneth laid out his expectations and asked if Richard was willing to put in the work.

“I introduced myself to Richard and explained to him that I’m a prominent person in the community. I gave him my expectations and I gave him the opportunity to say if he wanted to work with me or if he didnt.”

Ultimately, Richard agreed to work with Kenneth and their relationship has since become a revelation for each of them, but it wasn't always that way. Richard had his guard up early in their relationship and would constantly test Kenneth. While this isolated and pushed away DSP’s before, Kenneth was up for the task in a big way. 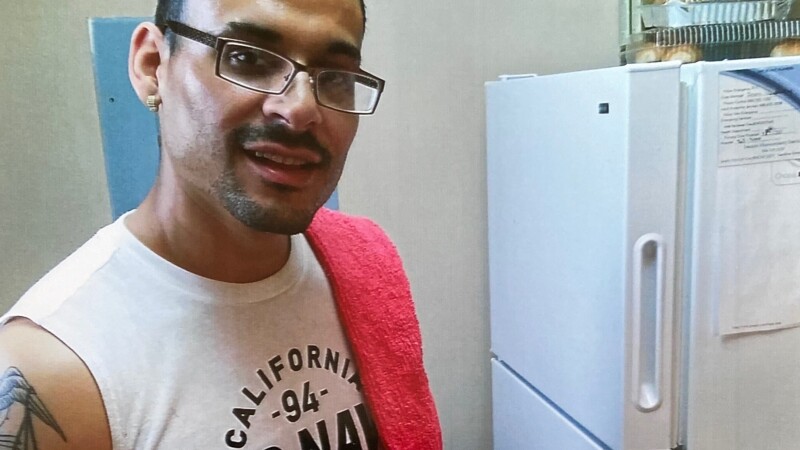 Richard learning how to cook for the first time. 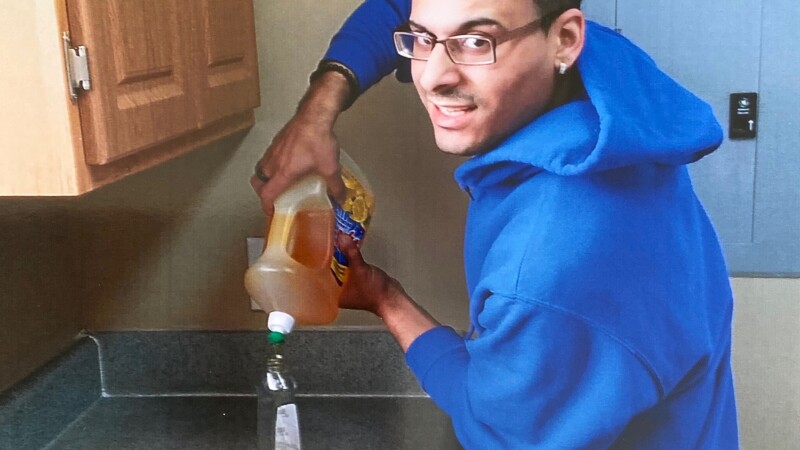 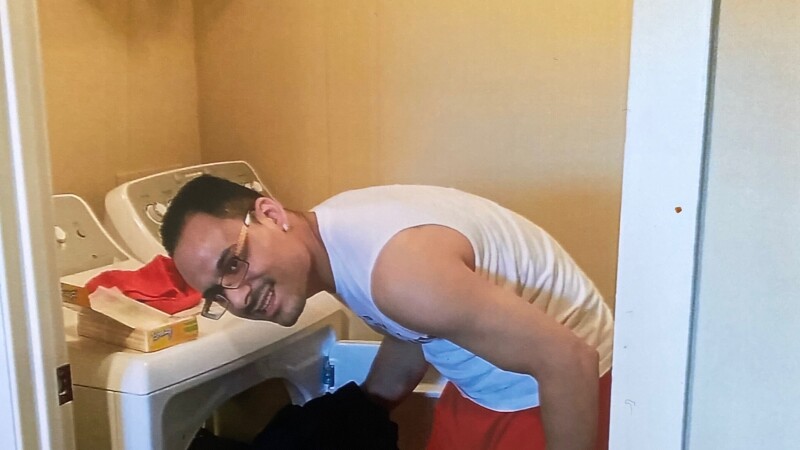 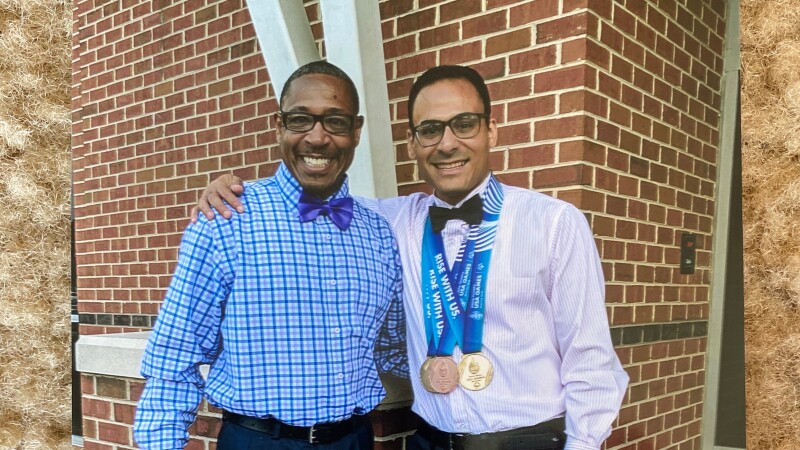 Richard and his Direct Support Professional, Kenneth Stith after Richard won the gold medal at the 2018 Special Olympics USA Games. 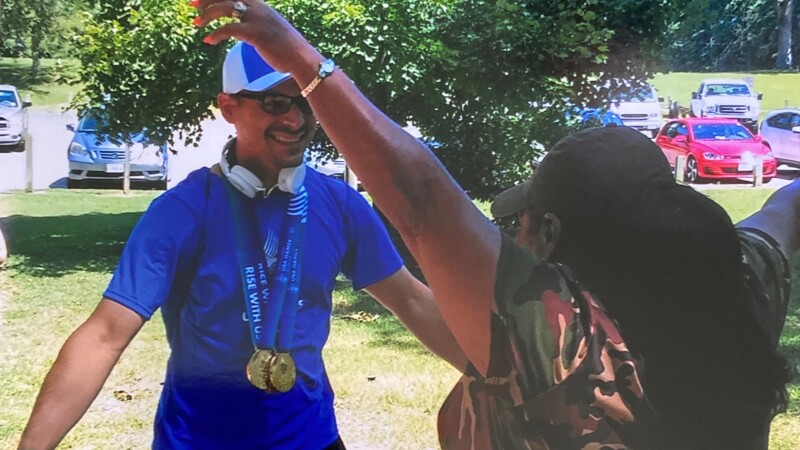 As their bond has grown stronger, their relationship has turned into something far outside the norm for a DSP. Richard will often spend holidays with Kenneth and his wife. They share hobbies, they volunteer together, and they are involved in the same circles. People constantly believe them to be father and son and the reality is they are much more than that. They are friends; they are coworkers; they are mentor and protege; they are family.

A life of his own

It may be easy to look at Richard and give credit to those around him for turning his life around - people like Tracy for introducing him to Special Olympics and growing his confidence; people like Kenneth for giving him the tools he needed to live independently - but underneath it all, Richard has always had the confidence and tools inside of him. When he surrounded himself with people who saw him for him, his life flourished. And so did we.

Make a Difference
Please donate and help us get one more athlete onto the playing field.